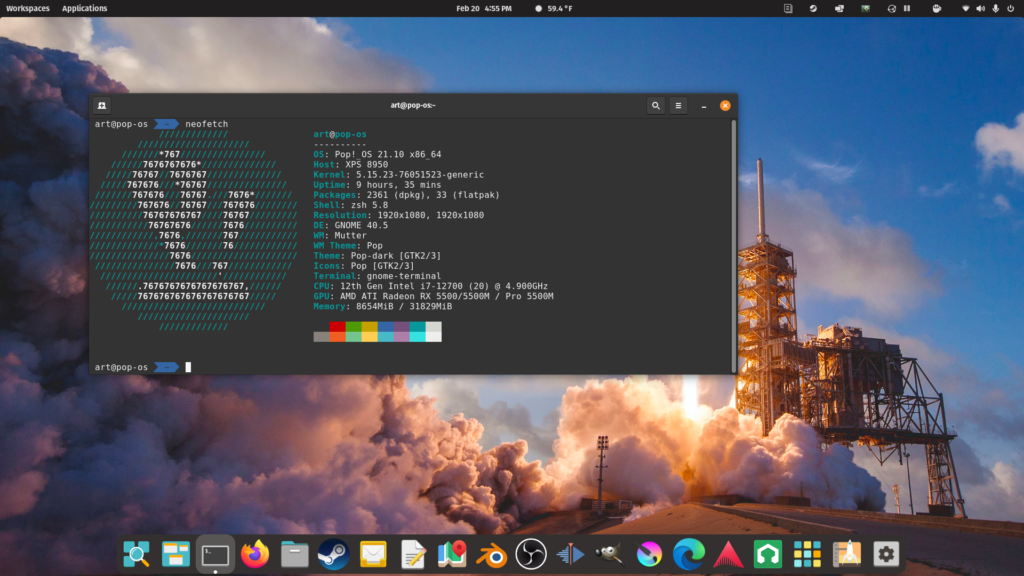 The number one reason I switched to Pop OS is because how they handled pipewire audio sound system. When configured correctly the pipewire audio system is light years ahead of pulseaudio.

The desktop that comes with Pop OS is actually not Gnome but Cosmic DE. Technically an alternative shell for The Gnome desktop but eventually a full replacement written in rust. Installing the actual gnome desktop only requires one command.

This will install the traditional gnome desktop shell and can be selected on the login screen.

Might seem kind of strange to use Pop OS and take all the trouble of removing their custom desktop interface.

Some do not understand the benefit of doing this with Pop over Ubuntu. For me it was the benefit of not having to deal with some Ubuntu specific platforms. Out of the box Ubuntu uses snap. Snap feels a bit intrusive for my particular needs.

Cosmic is almost perfect but it’s not Gnome

I want it to be known that I do not dislike the cosmic desktop. The biggest drawback of Cosmic is that it is not gnome. A lot of my favorite plugins such as dash to doc do not work quite as expected.

Installing the traditional gnome shell makes it easier to get back to the expected results of those plugins.

It is quite possible that the benefits I see with the way popos handles their configuration for pipe wire audio and the exclusion of snap will be something available on far more Linux distributions in the future. For me right now Pop OS gives me the best, but I don’t think they’ll be the only one for very long.

I still have a lot of love for the Debian desktop. And maybe I will revisit that desktop again in the near future.