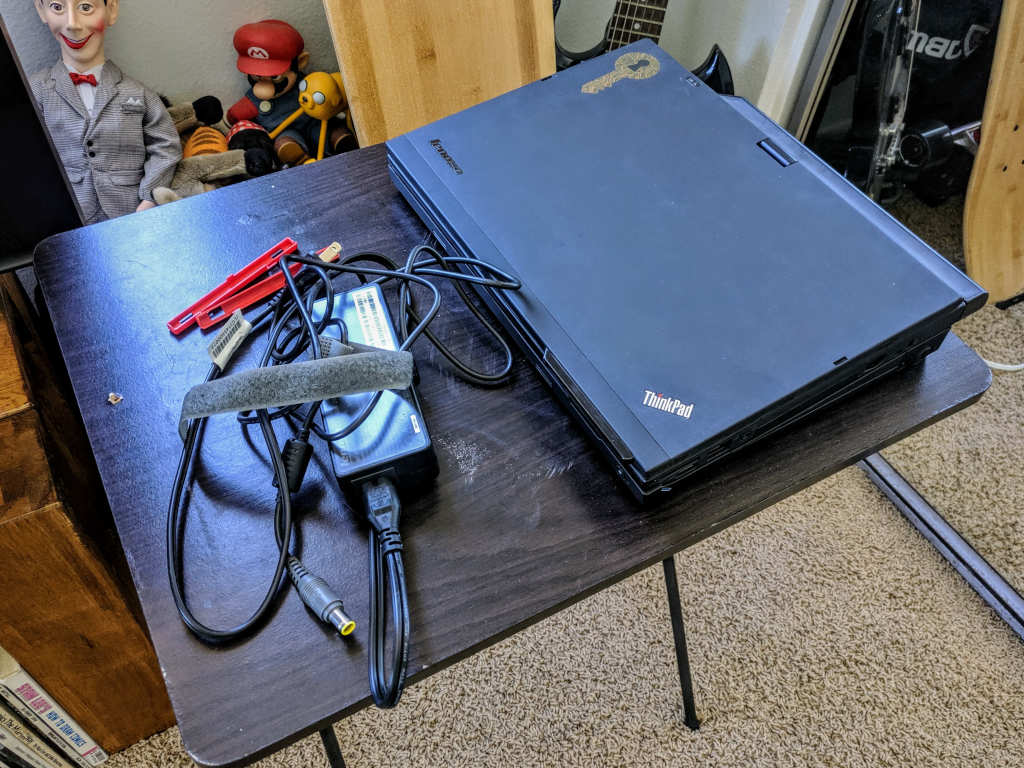 About a month ago I bought a Thinkpad x230 tablet from a friend hoping to use the Wacom drawing functions built into that laptops screen. The x230t was the last tablet of that model made by Lenovo and probably one of the most affordable. However the touch/Wacom screen was dead and the price to replace the screen was more than just picking up another x230t.

My friend’s daughter just turned 13 and was in need of a laptop so I donated the x230t. A good use as she’d need something that could help her with streaming her shows and probably light homework.

I sold the AnnePro to my hardware hacker friend. He was fine with the wonky Micro USB port as he’s more than capable of making it work. Finally the Motospeed 103 keyboard with the Jaxian switches. I gave that to another friends son who was just dying to have a legit mechanical keyboard. Hope that makes his Roblox and Minecraft gaming feel a bit more awesome.

Next is the Canon EOSM. I love that camera but it’s harder and harder to justify owning it when the Canon m50 is so powerful. I was having issue with the Canon raw format, CR3. CR3 files are not naively supported in Darktable however the newer builds of RawTherapee are loading the CR3 files. It seems only the EXIF data is missing. Hopefully that will be all sorted out and support can be extended into Darktable. I like both applications but Darktable is my favorite RAW image editor.

There is a chance I might get weak on this one and not sell the EOSM. Just writing about it makes me sad to let it go.