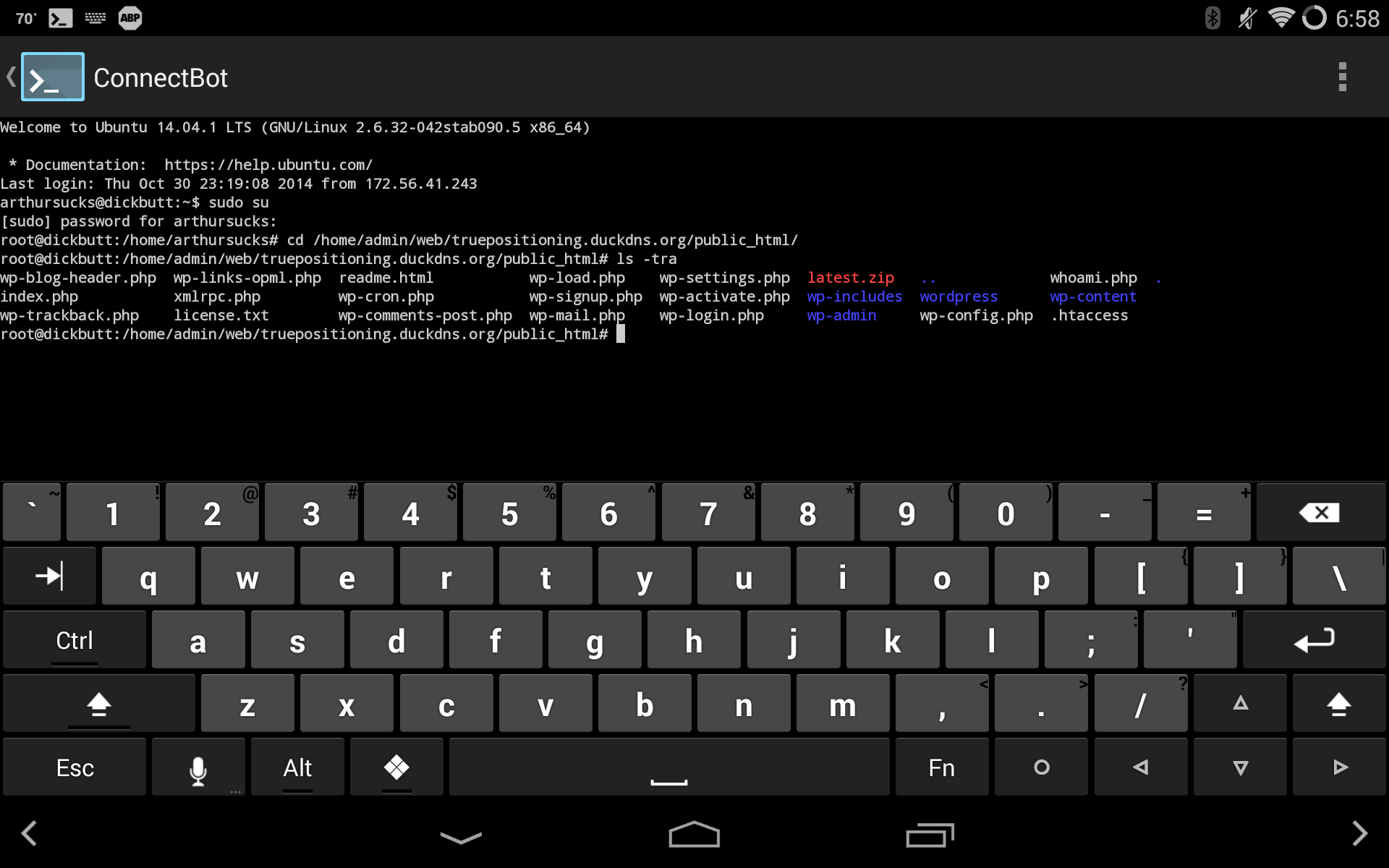 About a month ago I sold my Chromebook. It was the HP 14. There was nothing wrong with it as a Chromebook but at the end of the day when it comes to a computer I really want to have Linux. Full unlimited Linux.

Then there was the size. I feel that 14 inches is not nearly as portable as I thought it would be. Lugging around a 14 laptop to do modest computing felt like over kill.

I decided on a Nexus 7. Android is not nearly as locked down as Chrome OS. It didn’t hurt that it was on sale for $150.

WordPress at full resolution with Firefox and SecondScreen.After rooting the tablet and installing CyanogenMod I have been tweaking it to suit my needs. I installed Hacker keyboard to make CSS and SSH through ConnectBot easier. Used SecondScreen to make Firefox scale more like a traditional laptop.

I can log into my VPS and install applications or edit files. I can log into WordPress sites with a desktop like screen. And it only takes twice as long to complete each task.

Yup. Not exactly efficient but totally functional. The truth is that i rely on a physical keyboard. When people constantly try to claim that the traditional PC is dead they clearly have never tried to set up a VPS with their phone.

Perhaps I’ll try again in the near future with a keyboard on my tablet but somehow i don’t think that’s easier to lug around than a laptop.