Rooting the Nexus 4 under Ubuntu Linux 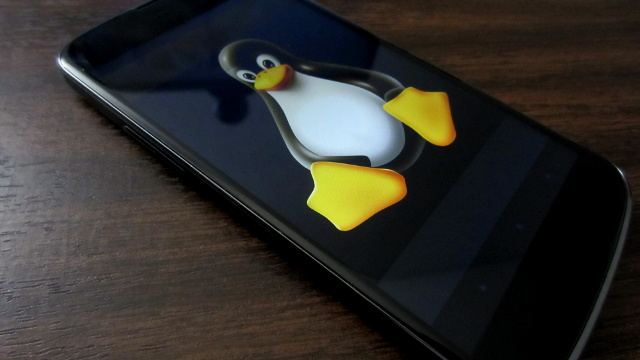 *Following this tutorial will wipe all the data off your Nexus device. If you’re files aren’t automatically synced to the cloud or backed up you will not have access to them. They will be gone. Poof! Nothing left.

Though very unlikely, when you flash hardware you take a chance of permanently damaging your hardware. Certain outlets that sell Nexus devices will cover this damage. Most do NOT. If you are not comfortable with taking that chance do not do it. I refuse to take responsibility for any hardware damages that you inflict on any hardware.*

With that out of the way let’s begin with pointing out rooting the Nexus 4 is not hard. In fact most of the tools are open source and readily available.

I hate tutorials that don’t explain what applications I’m using do. If I have a better understanding of what the applications do I’m more likely to know what to do when I hit a stumbling block.

These applications are always evolving and growing. Sometimes newer tools come and might work better. I only chose these tools because they work for me.

Before any of this magical hackery can commence we need to prep the Nexus. Obviously you need to turn on Android Debugging. This can be done in three streps starting in the Settings: 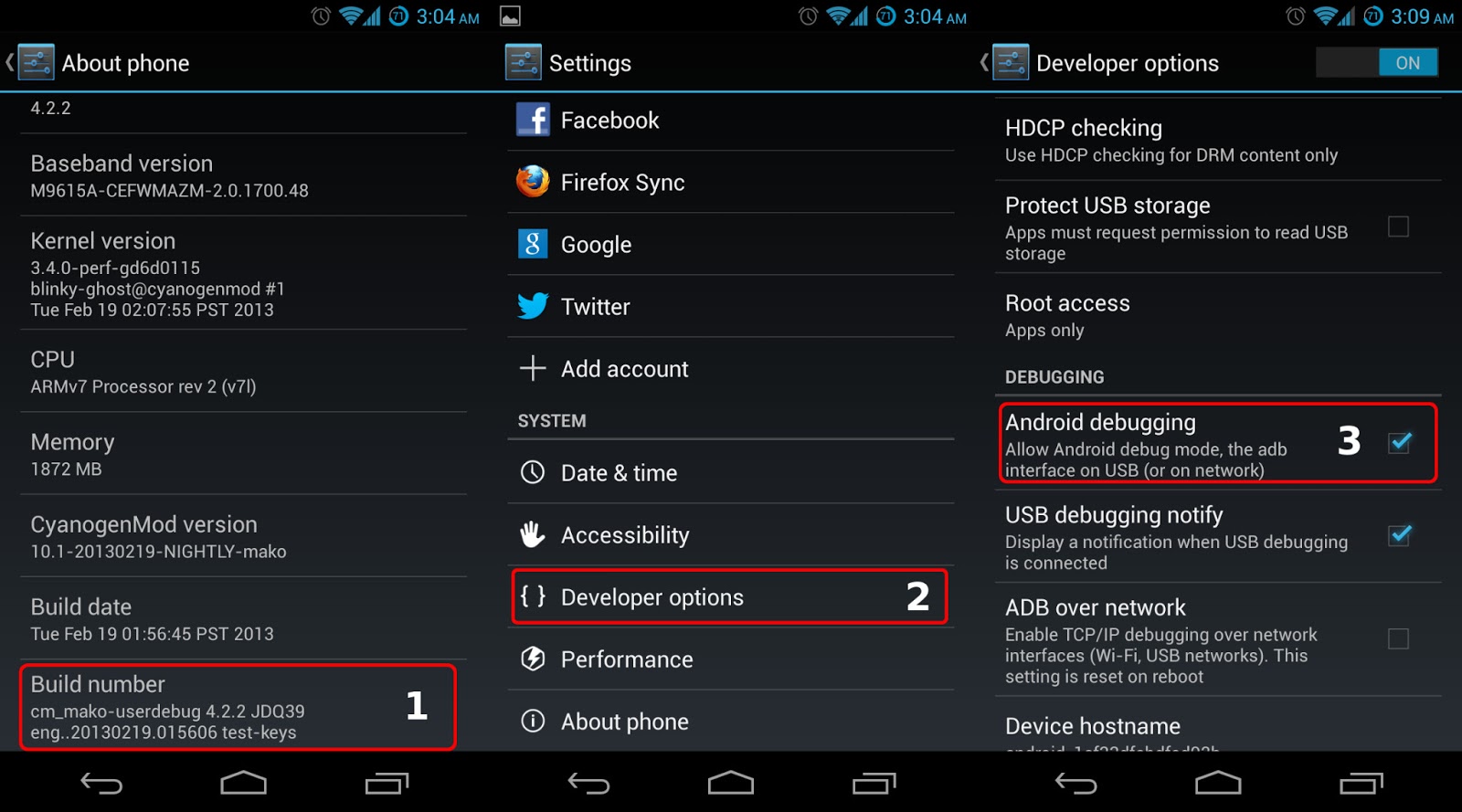 Congratulations! You’re a developer. Hold your newly transformed Nexus device. Revel in it! Once a simple consumer phone and now a full developers phone.

ADB stands for “Android Debugging.” When you first hook up your Nexus phone to your computer you’ll see a little Jellybean pop up on the statusbar of the phone. This means everything is working smashingly!

You want to open a Terminal window of choice. I’m a Gnome3 user, so I generally use Guake or Gnome-Terminal.

(Tip to keep in mind. The first time you run either of the ‘adb’ or ‘fastboot’ commands you’ll want to ‘sudo’ them. They require special privileges.)

First thing we need to do is start the adb server. We ask ADB to look for attached devices.

And you Nexus will have this: 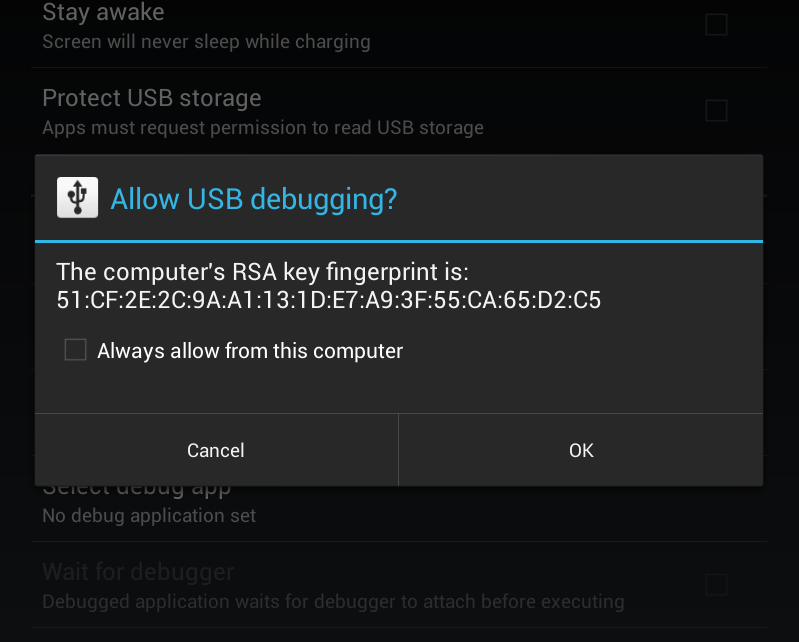 After some very talented folks pointed out there was a huge security hole in the way ADB connects we now have a simple RSA key lock. After you click okay run the

and your out put will reflect

You are now properly connected and we can actually get to work. 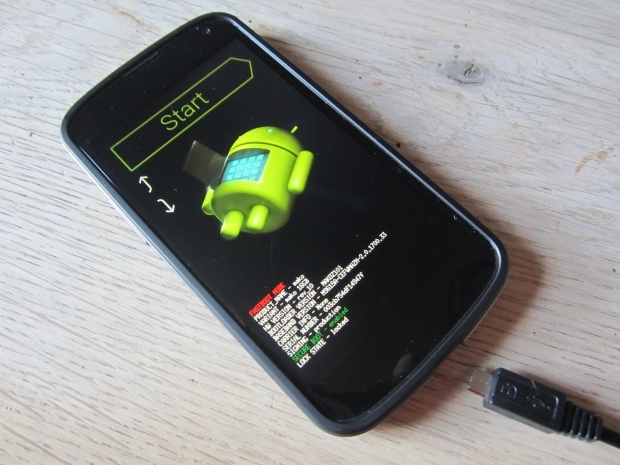 Unlike in this picture don’t disconnect the USB!

This will reboot your Nexus into the default recovery. This recovery is very basic. Now to unlock the boot loader.

(Notice the use of the ‘sudo’ command? That’s right, this was the first time re ran it.)

Now we use ADB to reboot the phone but back into the default recovery.

Now we have the boot loader unlocked we are going to flash the TeamWin Open Recovery.

You can now reboot your phone normally. You will be prompted to do your setup again. Log in with your Google name and password.

You will have to re-enable ‘Development Mode’ on your phone again.

Now to save time install the ZXing barcode scanner (also in the Play Store) and scan this url: 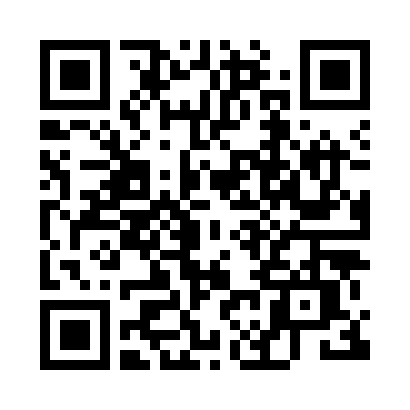 This will lead you to the download for SuperSU. Install it and power off the Nexus. 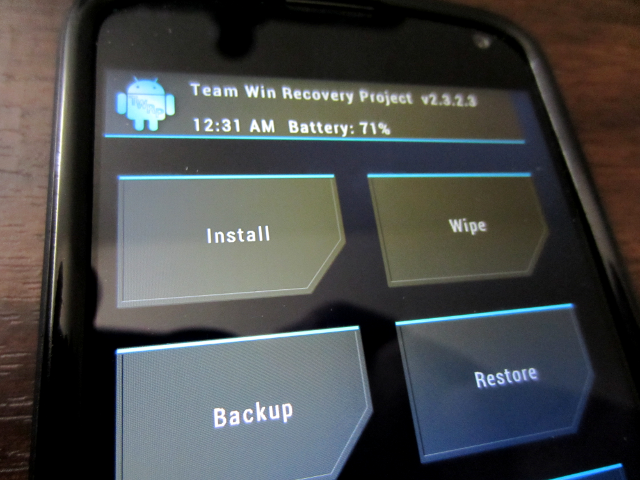 When you boot back up hold the power and volume down. You’ll see the TeamWin logo pop up and will be presented with the main menu.

Select install and find your UPDATE-SuperSU-v1.05.zip file. You can flash it just by sliding the ‘install’ slider at the bottom. Reboot and you now have root on your Nexus. It’s just that simple. (Or maybe not…)

When I first ordered the Nexus 4 I was so worried about breaking that glass back I also ordered the Diztronic TPU case. Perhaps I’m overly paranoid but that case has kept it safe since day one. I mean that. I dropped it the first day I had it. 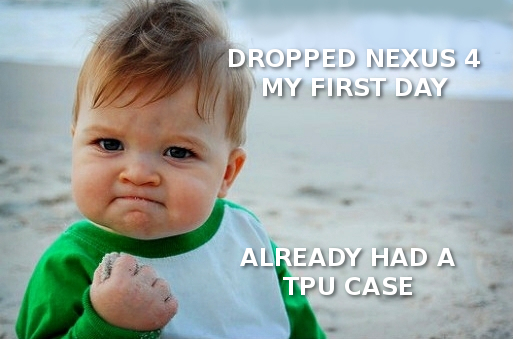 I hope this guide has helped you. I want to thank the XDA Community for helping me understand the power of ADB and Fastboot.

Original tutorial from culaterout via XDA Developers. RSA Image from Android Police. Photo of the Nexus default recovery from ToTheMobile.com.