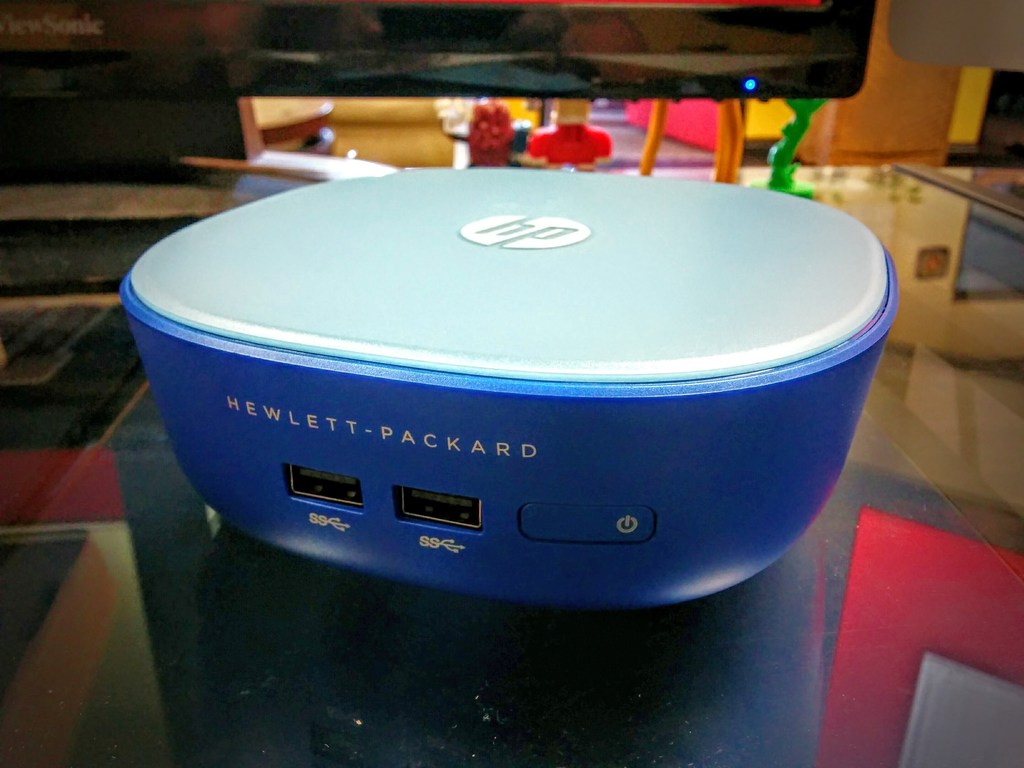 Computers have traditionally been gigantic boxes that bellow out heat, take up valuable desk space, and somehow both collect and expel dust. My AMD 6300 Quadcore Bulldozer powered battle station was the ideal balance between muscle and cost effective PC building. 90% of the processing power that Intel sold at a fraction of the price. At least that’s how it was four years ago.

I was unfortunate enough to have my trusty AMD die off after years of service. When I say die, I want you to keep in mind that most of the components where still very functional. The power supply and the motherboard simply engaged in an apparent suicide pact.

The hard drives are sitting on my desk awaiting USB3 enclosures The RAM and chip have been donated to a friend. Some of you might be wondering why I didn’t simply buy a new parts and rebuild. It simply comes down to cost and need.

I’ve purchased the new HP Stream 200 with an Intel Celeron 2957U. This chip doesn’t have the muscle that the AMD had in terms of raw computing power. However, other than video editing and rendering is that even noticeable.

Idealy I’d like to do a full review of the hardware but there isn’t much I can bring to the table that hasen’t been covered in this video.